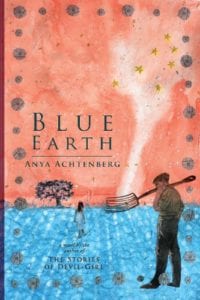 The most prevalent nightmares have come from absolute reality. One of the most vicious crimes against humanity occurred in 1862, when thirty-eight Santees were marched to a scaffolding and hung in front of a morbidly curious crowd. This is referred to as the Dakota Conflict, when white men ‘snaked’ across the soil and stole twenty-four million acres of Indian land. They brought industry with them, such as mining, logging and farming. Minnesota saw this intrusion that ended in death, war and unforgivable acts. The farmers received payback from Fate when, in the 1980’s, bankers and financial institutions swept in and put them out of business, taking away all that they had built. Penance, perhaps?

Carver Heinz is one of those men who lost it all. He stands at an auction and hears the word “Sold!” screamed out, watching his life’s blood, work, and home taken from him with no hope of return. He’s a hideous human being who believes in nothing but the bad side of life, even losing his wife and beloved daughter because of his anger and attitude.

Carver now works in a place he can’t stand, throwing around his ugliness and even doing his best to damage his friend, Mopstick - a man who stands by the side of his cherished wife who’s slowly sinking into the abyss of disease. Carver is a part of this couple’s world because of their daughter, Angie, who he saved from a tornado when she was just a little girl.

Throughout this book, readers watch as Carver self-destructs. How he places himself into Angie’s life and watches her grow, becoming amazingly angry when Angie matures and begins to spend her time with an Indian boy. The prejudices and hatred that Carver has makes it extremely difficult for him to watch this relationship grow. When Carver ends up realizing that he’s an integral part of the people he so despises, past meets present and his views begin to change.

This book is lyrical; the prose is poetry, as the author offers scenes from the past, present, as well as from pure imagination. Carver encompasses everything that has caused so much bloodshed over the years. He is so memorable, in fact, that when he finally sees that redemption, all the reader will want is to see him swing from the scaffold. Can you forgive the devil? This is the question. The author’s strength truly lies in the ‘beauty’ of her writing, as if each scene is a poem inside her mind. However, this novel is not for the faint of heart. The history of this land is actually the most interesting topic here, and this tale would have benefited from more of the past and less of the present.

Quill Says: A story that will show you the beauty of the land, but leave you with the feeling of overwhelming darkness.