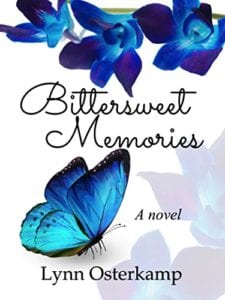 Having lived in Helena, Montana most of her life, the new reality of seventy-three-year-old Anne Weller Barnes is to attend her friends’ funerals. The hardest loss occurs with the death of her best friend Martha. But the day after Martha’s funeral, the retired septuagenarian judge receives a call about the death of her estranged brother Ned. Even though she hasn’t seen Ned for forty-five years, Anne learns that she is the recipient of his life’s work: the Memory Enhancer (ME)—a device that reliably recovers memories. In his letter to her, Ned asks that she try it out and, if it meets with her approval, fulfill his dying wish to share it with the world so that it “may improve the lives of others.”

Skeptical but oh so curious, Anne decides to test out the ME beginning with pleasant events from her past with her husband Jerry, who had Alzheimer’s. Once Anne has gone through a serious of ME experiences, she refers to other letters Ned left with the device. One letter, in particular, challenges her to “learn from her past.” Of course, what Ned is referring to is the horrific situation that tore the Weller family apart. While keeping Ned’s device a secret from her family, Anne becomes obsessed with the ME. Unfortunately, she loses track of Jerry (he leaves the house donning only his underwear) and she also misses an important meeting. As her children and siblings grow concerned about her actions, Anne has to decide if she should fulfill Ned’s dying wish.

Lynn Osterkamp spins a fascinating and unusual family-focused story in her most recent novel. Inspired by her “own family experiences” and her longing to revisit her family’s past, Osterkamp’s tale may appear to be all about memories. The truth is that the memories point to the dynamic and dysfunctional qualities within family life. Certainly, which family is exempt from carrying grudges and regrets from past events and relationships? Many readers will be able to attest to that. In Anne’s case, clashes exist both with her siblings and her children.

Osterkamp provides clarity to the latter statement by formatting her plot into first and third person viewpoints. Anne, being the principle character, is set to first person POV, while the remaining cast is in third. Following this design, Osterkamp can freely alternate between her well-defined cast members, enabling her audience to observe each character’s thought processes as the story unfolds and Anne struggles to find a way to “heal the cracks” her whole family has lived with for so long.

Amid Anne’s family dynamics, Osterkamp punctuates her narrative with science. For example, Ned, who was a neuroscientist, developed his device by utilizing the controversial transcranial direct current stimulation (tDCS), which in modern medical practice “appears to have some potential for treating depression. However, there is no good evidence that it is useful for cognitive enhancement in healthy people, memory deficits in Parkinson's disease and Alzheimer's disease, schizophrenia, non-neuropathic pain, nor improving upper limb function after stroke.” [Wikipedia]. Regardless of its flaws, incorporating this unique scientific aspect makes for an enriching story.