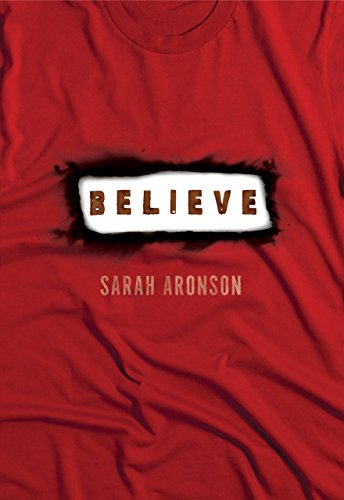 Miriam Haverstraw, Janine Collins, and Abe Demitrius. Friends. Sixteen-year-old Janine was a part of the tripod, but it wasn't an easy one all the way around. Everyone wanted to be around Janine, to touch her, to hear her opinion, and probably worship the very ground she walked on if she'd let them. She'd come to Pennsylvania from Tel Aviv with her aunt Lo to begin a new life after her parents died, if you'd call it that. Dave Armstrong had literally pulled her from the ashes after a suicide bombing. Janine could still see into Emir's eyes, the eyes intent on destruction. "You have a holy soul," her mother told her as she encouraged her to survive.

Janine was the "Soul Survivor," the little girl in Armstrong's arms. A Pulitzer prize winning photograph would launch her into fame, an unwanted one. It was the tenth anniversary of the tragedy. Her hideously deformed hands were a constant reminder of her less-than-perfect earthy vessel. Armstrong, a pastor and now famous speaker, had profited from the bombing in more ways than one. It was, according to him, "a direct message from God." Yeah, right. Tell me another one. And no comment either. Janine would have given a lot for anonymity, or so she thought.

Miriam desperately needed Janine's help to save her farm. A little bit of publicity wouldn't hurt and everyone would listen to the "Soul Survivor," the sole survivor of a tragedy. Janine had her own agenda and was hustling to develop a portfolio. The only attention she wanted was from Parsons. According to Samantha, who was butting in on the girls' friendship, admission to any college would be a lock. A body flying through the air would begin to change things. "She's healing him with her hands!" It was Abe. Janine had become famous because of a quirk of fate. There was no God, but was something happening to her? Was she a faith healer? But then there was that boy in the wheelchair ...

This is a stunning, powerful tale of the power of faith and unwanted fame. This is one of those soul-searching stories that one has to read in its entirety, put it aside for a bit, and ponder its multi-layered themes. It's a coming of age novel, one that explores how faith impacts the individual, the true meaning of friendship, unwanted fame, and more. I found it to be quite mesmerizing as my sympathies shifted from one moment to the next. The writing was quite powerful, powerful enough to draw me in emotionally. Yes, this book is about how Janine Collins, the "Soul Survivor," explores her faith, but is also so much more. I found it to be a commentary on society at large and how we put it upon others to define who we are and what we want ourselves to be as we live vicariously through the lives of others. A stunning novel, but not for everyone.

Quill says: This is a powerful novel that will make the young reader take a close look at their own lives, their faith, and the world around them.