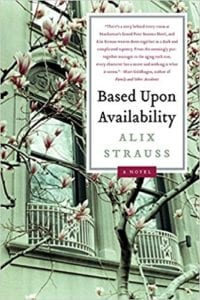 The fantastical and wondrous Manhattan’s Four Seasons Hotel is the “set” for this imaginative and brutally honest novel that introduces readers to lives that are intertwined by fate, happenstance, pain, and hope.

As we open to the first page, we meet Morgan. Morgan is the hotel manager – the woman who literally takes care of the famed Four Seasons. She is also the one who holds all the duplicate passkeys to all the rooms…and uses them to discover the ins and outs of her guests. Every nook, cranny, and crevice is Morgan’s to explore, and she does this with wild abandonment. As she goes through things, and delves into the lives of the people staying with her, she thinks about her mother – a woman whose loves included restaurants, theatres, supper clubs, and, her husband, the surgeon. Her dislikes, unfortunately, seemed to include being a mother to her children. It is the anniversary of Morgan’s sister’s death, and not one person – even Mom – seems to remember it or note that it is a sad anniversary for the whole family. As we follow Morgan through her “undercover” spying, we also meet her boyfriend – who is way too much man for a woman who hasn’t seemed to embrace her adulthood as of yet, seeing as that she throws herself into the arms of one of her young staff members in order to have a tryst that will prove to her that she’s still alive. Also involved in her life is her Uncle Marty, who uses the hotel for all of his affairs; a rock star who needs to use the hotel as a detox center; and, a young woman named Trish, who spends half her days wishing she were an accomplished artist like her parents so she won’t let them down, and the other half worrying about her best friend who has had severe weight loss and is about to marry a man who is absolutely no good for her.

We meet Robin staying in Room 1512, who is picking up her horrific sister at the airport because she’s coming to NYC for a visit. This is that sister who you can’t be friends with, let alone even like, and what she does with her sibling will blow your mind. Ellen is a decorator who is trying desperately to get Morgan to give her a job at the Four Seasons re-doing a room. Ellen is in her own little world, thinking about how happy she is that she’s finally going to have a baby after all these years of trying. Unfortunately, her creative mind far outweighs the truth. Franny Jamison is a southern belle who loves the big city and ends up as a part of the Four Seasons story when a fire takes out her apartment building. Sheila in Room 1608 is a teacher who meets a man at Starbucks – a doctor who specializes in OCD cases. He’s the love of her life, she thinks, until she realizes that she may just be another notch on his Four Seasons’ bedpost. Louise is a rock star trying to figure out where, exactly, life is taking her; and, Anne is the Front Desk Concierge who is a mass of fear, panic, and rituals that help to keep her together. She is the sibling that makes her parents happy – seeing as that her brother is locked up in an institution because his OCD got too far out of control. She will do anything to be the “normal” one, and the Four Seasons is her backdrop while making her way through a very destructive, frightening world.

The magic of hotels is legendary. From Beverly Hills, where stars hid in their bungalows and lived lives that not even the National Enquirer could figure out; to the fabled mystique of places like the Four Seasons, where the “walls” played host to peoples’ darkest moments.

Quill says: Although the lives of these women portray some extremely harsh topics that are presented in a brutally honest way, their stories weave together like a quilt…a quilt of life that offers happiness, love, pain, death, and romance, that will sometimes have the reader gasping at the secrets unfolding before their very eyes.