FQ: What single piece of advice would you give to a person preparing to read your work with no previous knowledge of your poetic philosophy?

SILVERMAN: Don’t expect an outpouring of feelings. Expect to be challenged to reflect on and, to some extent, to empathize with a variety of beings—lower order phylla as well as higher, including homo sapiens. The author’s feelings are there, of course, but they merge with and emerge from a sense of the primacy of the whole. That whole is the basis of his poetry, which attempts to create parts or aspects for the reader to interact with and be affected by.

FQ: Do you have a favorite character among the ones you depict here?

SILVERMAN: I suppose the homeless couple of Apologia, who live in a cardboard box in Chicago but reflect, in part, a family I saw in Rio de Janeiro. The mother and a daughter were cooking over a single burner beside three shipping cartons, sleeping quarters for the family of about six. The setting was an alley between two multistory posh apartment houses. Then, of course, there were...and still are...the favelas stacked on the hills far enough from the beach at Copacobana to be unseen by tourists.

FQ: You have a strong grasp of classic literature and reference; is this an area of study you would stress to aspiring poets?

SILVERMAN: No. Each to their own. I wish I had much more of the classics than I have, but the sagas, the Korean, Chinese, and Japanese literatures, the African and South American spoken and written poetry, and probably many more, are, I believe, equally apt to provoke the writer, the painter or sculptor, the composer, to the creation of new ways of seeing, hearing, and engaging with the immensity of what is.

FQ: Have you traveled to or maintained any personal ties to the countries of your heritage, and if so, how has that impacted compositions?

SILVERMAN: If “countries of your heritage” refers to those places my ancestors called home, I have to say, only casually. My father’s family goes back to pre-Civil War, but its legendary Russian roots have never interested me. I forage among its members only as far back as the early 20th century, those I knew personally, like Sumner, my uncle, my father’s brother. My mother was a 2nd generation daughter of Austro-Hungarian parents, whom I have, at times, trolled for poetry, but mostly as people, and only in passing as representatives of another world, another culture.

FQ: Do you see in our current world, with Covid and other factors, the possible development of a new cadre of poets and poetry built on isolation and contemplation?

SILVERMAN: I do, and it doesn’t make me happy. Today’s poets seem even more insular and self-pitying or self-aggrandizing than their late 20th-century forebears. When they wake up and smell the coffee, their woke seems far too limited to live into a pandemic-free future.

FQ: Was it difficult to select the pieces for this collection, knowing that they would purposely not follow a theme?

SILVERMAN: Not at all. Finding a suitable order, creating a movement within and through them took some time and serious thought. I’ve a library of poems from which to draw for another book and another, at least. I’m not sure I have the energy or will to do so.

FQ: Is there factual reality attached to such works as Bulgaria Remembered, or Amelia&Bill&Vickie?

SILVERMAN: Yes. Both are derived from real events and real people. I’ll go further. Both are strongly autobiographical, though I’ve tinkered a bit with particulars. No one depicted is alive to take umbrage, and I don’t expect any children or grandchildren to read the book.

Of course, some of the characters are pure products of imagination anchored in early reading and listening. Thus, I freely admit that Making Whoopee, one of my favorite poems, is fantasy, as is Workday and, I must admit, One Of The Hippopotami, resemblance notwithstanding. Autobiopsy, despite its title, is much more reflection than citation.

FQ: What poet influenced you most as you developed your talents?

SILVERMAN: Well, my talents (here, I think, I’m supposed to modestly add “such as they are”), were whetted by Pope, Dryden, and Swift, in my early years, then by Emily Dickinson, Browning (whose The Ring and the Book is, for me, one of the greatest poems in English), Baudelaire and Rimbaud, Joyce’s Ulysses and Melville’s Moby Dick, and, with reservations, Wallace Stevens, a quirky fellow who unfortunately gives some validation to Ashbery, Anne Carson, and Jorie Graham, and a horde of followers. 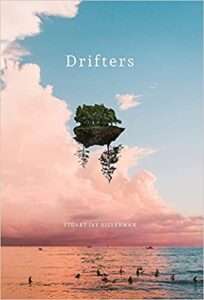