FQ: On your website, you talk about how writing each novel is “an experience.” Could you expand on that? Does the writing take over your life? Do you get drawn into your characters’ lives?

MOORE: I become immersed in each story I write. I’m writing in longer form, and maintain a sense of the story’s arc and what could and must happen during the process. Many of my works have been written as I go, thinking about each prior day’s work before continuing, while pre-plotting more recent works. In that sense the stories and characters become quite real in my mind to me, driven by the inner logic that reveals itself while telling the tale. The first time a major character died in one of my books, I wept inconsolably. I weep again every time I read it. Even in my vampire vigilante series there are moments that continue to affect me emotionally. Driving to the climax of a story, keeping the stakes high, with the fate of the protagonists in doubt makes each story an experience I live through as if it really happened.

FQ: You also mention that each novel you write is one of your children. Given the importance of your novels, do you have trouble “letting go” when it’s time to write the words, “the end”?

MOORE: I think of one of the impossible questions parents are sometimes asked: which of your children is your favorite? I reflect on my father’s evaluation of each of his children’s plusses and minuses, my mother’s too. Each child has their own unique qualities that set them apart, making the world unimaginable without them. I feel the same about my novels. While my favorite is the one I’m currently working on, I reflect on what I’ve written before and double down on doing the best in making the current one as comparable as possible, better even. I mentioned inner logic earlier, and that’s what drives me, even if the story has been pre-plotted. Once I’m fleshing out a pre-plotted novel, I’ll change the plot to match the inner logic encountered. Sometimes new solutions present themselves while delving deeper into the story. Each story has a beginning, middle, and end. It’s like a symphony. You can tell when the music is reaching a climax, and then the end. I know when the story is coming to a conclusion. I write until it’s complete. And then it’s on to the next one.

FQ: Turning to A World Without Men – what spurred you to write a story about a single-gender society?

MOORE: I’d been thinking a lot about the language I’d been hearing in the broader society for quite a while. Ultimately influenced by #MeToo, concepts like toxic masculinity, rape culture, the declining rates of men in higher education, the rise of dominant feminism, what some have deemed the war on boys, and how appallingly some women have been treated. In evaluating Western society I believe women have never had it as good as they do here, now, but many don’t seem to recognize it. There are far worse places for a woman to live in this world than in the West.

In my opinion, despite the obvious differences between men and women, a human being is not merely male or female. The human being is a duality, consisting of both the feminine and the masculine. Without each, our species is incomplete. Even if reproduction without sex becomes possible, man (both male and female) will not be fully human without both the feminine and the masculine present.

I envisioned a world run by competent, capable, talented experts—all women—replacing men in their traditional roles. As a man who was raised by women and worked with many women over the years, I know firsthand how capable they are, and in some arenas how they outperform their male counterparts. While there are jobs that demand physical dominance best performed by men, such as military and law enforcement, removing men from society wouldn’t eliminate the necessity for those roles. They would need to be filled. And in a World Without Men, they are filled by women.

FQ: You listed plausible reasons why men were no longer members of the society. How did you come up with those reasons? Were they based (loosely) on any current or past civilizations?

MOORE: I used an amalgamation of ancient and more recent history to spark my imagination. Coming up with the specifics was an interesting and stimulating process. The misdeeds of men have been well documented, as have women’s. Wickedness plagues both the feminine and the masculine. Wars of conquest in antiquity resulted in the enslavement or slaughter of the vanquished, and the wholesale rape of the conquered women, some women committing suicide rather than accepting new masters. If one does a cursory examination of the people of Belgrade, one of the most conquered cities in Europe, one finds evidence of the mixing of races from Europe and Asia, and this mixing is undoubtedly the result of rape. I also thought of some more recent cults where when they ran afoul of the authorities, the women and children in their thrall died en masse rather than their leaders surrender their power. Sometimes men commit atrocities coming to the aid of women. I think of ancient Etruscan civilization. There was an incident where drunken Etruscan men raped a Roman girl. This so enraged the nascent Romans (who at the time were rather prudish in contrast to their later reputation) that they rose up and rioted against the Etruscans, wiping out nearly every vestige of their civilization. While Etruscan ruins exist, primarily in Tuscany, as well as examples of their writing, we cannot translate their language. One of the things we know about the Etruscans is that they engaged in drunken, gluttonous orgies accompanied by gladiatorial contests to the death, things the Romans ironically later adopted. One need only think of restraining orders issued against estranged husbands who prove the necessity of the orders by murdering their wives and families.

FQ: I liked the idea of women of wealth and prestige secretly owning men. The hypocrisy struck me as something found in today’s society where politicians (and others) might say one thing but then get caught going against their own rules, laws, etc. Was this a reaction you were hoping for?

MOORE: Yes. I think that corruption is something that has always, and will always exist in human society. The examples are myriad where people in power exempt themselves from rules they’ve imposed on others. While history is replete with people trying to perfect humanity, I believe humanity is imperfect and forever corruptible.

FQ: An interesting addition to the story was the leap forward in technology which you described in detail. Are you familiar with the science behind the technology, or did you conduct research?

MOORE: I had a flash of inspiration about making solar power far more efficient than it is today. One of its weaknesses is its meager ability to store energy. A more efficient battery is essential. I had to come up with a way to store this new abundant power I envisaged, and doubled down on research before coming up with the concept of a living organism storing energy that could be depleted over time, and how that might be possible. Once I learned that mercury is an excellent conductor of electricity, I had what I needed: a plausible technological innovation that could be exploited by someone smarter than me: Eleanora Duncan.

FQ: The political reactions of the characters, whether in favor of integrating men into the society or leaving things status quo, is quite believable. How hard was it to get that right and do you see parallels to these in today’s society – with the political polarization?

MOORE: In some respects, that was one of the easier aspects of the story to write. Political conflict has always plagued human society. I see today’s polarization as part of a continuum. There is always someone who thinks they should be in charge rather than another. CEOs deposed by rising executives. Old Generals replaced by up-and-coming officers. One sales rep promoted to rule them all. As a writer, I’m deeply informed by what I see going on around me, and what I’ve learned from history. Mirroring it seems to come quite naturally. One of the things I really enjoyed inserting into the story was the news media, which I’ve been doing for a while in my stories. It’s human nature for people to believe things that are the polar opposite of what others believe. It’s also human nature for one faction to attempt to impose its will over the other. In that, this is more of an eternal explanation that’s applicable to our times as well as times past and times to come.

FQ: The vehicles in the story were built for both ground and airborne transportation. Was there any particular reason you chose vehicles with the added ability to fly?

MOORE: How could I not? Since it’s the future, and flight has always been a dream of mine, I chose for their vehicles to have that capacity. I really enjoyed envisioning the flying car pursuit and its conclusion. In some ways that really ignited the story beyond what it already was. I’ve written several novels with flying vehicles in them, with chases and battles. They play an important and exciting part in those as well.

FQ: Most authors seem to stick to one or two genres but your books are quite varied in topics/genres. Do you have a favorite genre to write? Or do you enjoy the challenge of “mixing it up”?

MOORE: While I’ve disciplined myself to stick to a single genre, with a few, I really enjoy mixing it up. In some respects, each of my novels becomes filled with action and adventure before it ends. I even wrote a romance where a man travels to Guatemala to try to find out what happened to the woman he loves after she disappeared in the civil war that was raging in that country in the 1980s. Among my unpublished novels is a fantasy novel that turns out to be about a man with dementia who’s close to death. The bottom line for my works is that I strive foremost to entertain.

FQ: With your prolific catalog of books, I’m sure you’re working on another new title. Would you tell our readers what’s next?

MOORE: That’s hard to decide. A World Without Men is my sixteenth published novel. I’ve written thirty-four and counting, and have been looking for representation for a while. While I still hope to find an ally, I may have to resign myself to being my sole advocate. The question demands an answer and it may be a novel I completed in 2017, Boise Eclipse. It’s about a heist that takes place under the cover of a total eclipse of the sun masterminded by a former stripper who now owns the club that fueled her rise to power, and the men she uses to execute her plans. Other possible titles include: The Liberty County Vanishings (a detective noir with a macabre secret at its heart), The Secret of the Puzzle Box (a 30s historical noir peripherally about the construction of the Transcontinental Railway), and Into the Vortex (a sequel to my sci-fi novel The Masters of Time and Space). Whichever I decide to publish, I hope to find readers for it.

In closing, I want to say that I really appreciate your thoughtful questions and have enjoyed thinking about and answering them. 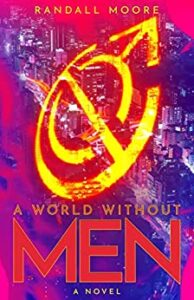