Today, Feathered Quill reviewer Amy Lignor is talking with Mario Dhingsa, the author of Maps of Bliss and Rage

FQ: I have to ask, this is such a large project to take on, where did the idea originally come from for these specific tales and to bring them together into a collection?

DHINGSA: In 2005, I took a career break and traveled (indirectly) from England to New Zealand. The structure of the book is a simply a retracing of my steps.

The ideas for each chapter came from a variety of sources. Chapter One is based on the first all-female station crew to spend winter in Antarctica in 1990/91.

Unlike those smart and strong heroines, I wanted the male protagonists to be endearingly hopeless and unlucky, like the crew of Red Dwarf (anarchic UK sitcom, and one of my favourite shows growing up).

FQ: As a lover of libraries, I am also a lover of research. You certainly did a great deal when it comes to this treasure. How do you feel about research?

DHINGSA: I love the research part of writing. There’s no pressure, and you can read to your heart’s content! If I do my research, half of the plot writes itself. Researching also teaches me what not to write, in order to avoid fallacies and clichés.

Researching doesn’t have to be dull, dry and boring. The Day of the Jackal (1973) and All the President’s Men (1976) show how profound it can be!

FQ: Are you a big traveler? If so, what is the most amazing place you’ve ever visited that touched you in some way and filled you to the brim with creativity?

DHINGSA: I’ve been to the Non-Catholic Cemetery in 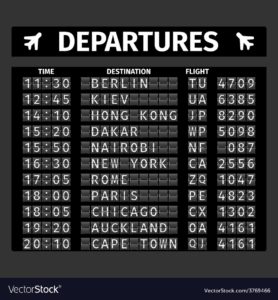 Rome and it is extraordinary. But one of my favourite places to visit is actually airports. Yes, they can be tedious and frustrating, but I love how in this one building, you can travel to almost anywhere in the world, and all you have to do is go down a corridor.The passengers there are usually filled with excitement and optimism, and if someone’s waiting for their loved one’s arrival, then there is something very special when they’re finally reunited.

FQ: Are you a fan of anthologies?

DHINGSA: When I was about 13, I used to buy a UK science magazine called Focus (now BBC Science Focus). One month it came with a free copy of Arthur C. Clarke’s Of Time and Stars (originally published in 1972). This collection of short stories left me stunned. It was superbly written, and unendingly imaginative. It was profound, poetic, and playful. Many readers choose Stephen King’s Different Seasons as the best short story collection ever, but I would always pick Of Time and Stars, and I have no regrets 🙂

FQ: Is there one particular character who you have written who you feel close to, or identify with the most?

DHINGSA: I think Leandro in the Bellinzona chapter is the one most closet to me, in terms of his stubbornness, poor timing, and inability to communicate ?

FQ: Do you have any plans where that character or another may appear in a series one day?

DHINGSA: I think the Bellinzona chapter lends itself well to a prequel and sequel installment. But would these characters want to spend any more time with me, after what happened to their lives? I don’t think so. And I don’t blame them ?

FQ: Can you tell us about one of your most memorable meetings with a fan of your work – whether that be at a book signing or on the internet (blog, etc.) – and how their praise affected you?

FQ: All want to know: Are you working on anything now?

DHINGSA: I’m finalizing a children’s sci-fi book for Feb. 2020, but hope to start work this year on a Christmas story (as requested by my children). I’ll try to make it as enchanting and subversive as The Twilight Zone’s Christmas episode, Night of the Meek (1960): “All I know is that…I live in a dirty rooming house on a street filled with hungry kids and shabby people, where the only thing that comes down the chimney on Christmas Eve is more poverty…I just wish on one Christmas, only one, I could see some of the hopeless ones and the dreamless one. Just on one Christmas, I’d like to see the meek inherit the Earth.” In 1960, Rod Serling set a very high bar. 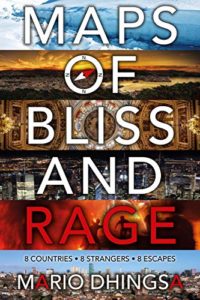