FQ: Sharing your own story to the world and laying bare all of the thoughts, decisions, and actions you’ve had throughout the years must have been a difficult decision to make. How did you make that decision?

SCOLNIK: I might begin by quoting Maya Angelou, who said, “There is no greater agony than bearing an untold story inside you.” It wasn’t an actual “decision” I made. I always knew that I had a story to tell, and that I would one day need to tell it. I explained in the book that I began this story just after my break up with Luc in 1978! For three months I captured all the details from our early courtship and romance and my ultimate heartbreak, and then put it away. Every ten years or so I would haul it out and work on it again. It was never a “decision” I had to make. I had to share this story with the world. And I thrilled that my instincts were correct: every day I receive emails from readers who tell me that the story resonated deeply and brought back stories of their own. Grown straight men have written that they couldn’t stop crying at the end.

FQ: When Julie was 22, weeks after finally taking a stand and leaving Luc in that Boston apartment, what made her go back? What were the thoughts in her head at that time?

SCOLNIK: I had just established myself in Boston, and was beginning my new life, when the specific date of his departure back to France suddenly resurfaced one night. I had not been thinking about him or our ending and had compartmentalized the trauma of the summer, and put it all in a little box! But when suddenly I realized Luc would be leaving the next day, I figured that whatever our encounter might be like, it was my very last chance to speak to him. I think you need to remember that whether one is twenty-two or sixty-two, life is not black and white, and most human beings struggle with the emotional ambivalence! My jumping on my bike to have one last conversation, I believe, was out of curiosity more than anything else.

FQ: In a lot of instances in Part Three, the now-married-and-with-kids Julie seems to be torn; vowing not to communicate with Luc again because “that ship has sailed” and yet keeps on sending emails and letters and having meet-ups. To me as a reader, the message is clear: Julie has not moved on even until then. Could you explain the thought process?

SCOLNIK: I can understand why some people might have that reaction, but I think you oversimplify in saying that the adult Julie had not "moved on.” What I hoped to explain and what I believe most people have understood is that situations like this are nuanced: I had indeed found true love and happiness with my husband and family. Of course I was frustrated and critical of myself that I continued to hope to find answers in meeting Luc over the next few years when he came to Boston on business, but it was always with the hope that I would gain some insight, some closure to the trauma I had experienced with him at age twenty-two. I tried again and again to release the immutable grief buried in a deep corner of my being. That is very different than not “moving on."

FQ: “I couldn’t deny that I had chosen it to look my most alluring. But why? I didn’t want Luc. I just wanted him to find me prettier, sexier, and more sophisticated than when he knew me at twenty. But when would I stop wanting him to regret our ending? And when would I stop searching for something more from these visits?” - Several paragraphs before this, Julie said that it had been 25 years and that the attraction was gone. I could understand the desire to be seen as more alluring to who you were at 20. I could also understand the desire to want the other person to regret but I suppose what I don’t understand is the concept of holding on to these feelings 25 years after. Can you expound more on this and why Julie still felt this even as a married woman with kids?

SCOLNIK: I will try to explain this further. I can understand why some people might have difficulty with this. The answer to this question is essentially the whole point of the book. Human emotions are complex. When a passionate first love ends suddenly without answers or closure and at the hands of someone who is unable to communicate, this trauma can embed itself deeply into heart and soul of the person. It is understandable to be frustrated by it while reading it, and many readers have told me they did an actual fist bump in the air when I finally wrote my own letter on the last page. I essentially wrote my own ending.

FQ: Michael sounds like an amazing and very understanding man. I am happy you met him. Could you tell us more about how you communicated this entire story to him and what his reaction was?

SCOLNIK: As if he didn’t already know this entire soon after we met! I think it goes without saying that my amazing husband gave his full support to this long-suffering literary endeavor because he is secure in his deep belief of our attachment and depth of our marriage. He knows this story is but ancient history in the big picture. He knows that I wanted tell the universal truth about the grip of first love. It is so obvious to my readers that our marriage is the true love story of the memoir.

FQ: What is one piece of advice you wish someone had given you when you were younger?

SCOLNIK: HA! I really don’t know how to answer this! Even though this story caused me a great deal of suffering at age twenty-two, I probably don’t wish it had happened any other way. If I answered something like, “I wish someone had told me that married men stay married” or “I wish someone had advised me to read the signals,” that would be way too simplistic and would not do justice to the subtleties of this fairytale.

FQ: Now that Paris Blue is complete, is there another book that you have thought of writing and if not, what’s next for you as an author?

SCOLNIK: That’s a good question, and one that others have asked me during my interviews. I am flattered by it, because even though this memoir has been resonating deeply with people across boundaries, I would still never call myself a writer! I am still in shock when people comment on the beautiful writing and lyrical silken sentences. I feel that I wrote the story very simply and just told this story from the heart. As for my future as a writer, I am not sure. I have to confess that I enjoyed the process very much, and even now miss the daily process of polishing sentences and finding the best way to say something. I know I could never write fiction, and I certainly have a lot more autobiographical material. And I like telling stories. So I will be thinking about this in the next few months. Another thing to mention is that the arc of the book ends about twenty years ago. There is in fact another 25 years since then that I am tempted to recount. But I think also that this may be my one and only oeuvre. 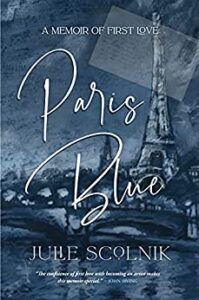