Today, Feathered Quill reviewer Ellen Feld is talking with E.J. Michaels, author of The Size of the Moon.

FQ: Tell our readers a little about yourself. Your background, your interests, and how this led to writing a book?

MICHAELS: I grew up doing theater all through elementary and high school (my mother directed several of my plays ), and I was involved in a few professional productions after college. While I enjoyed acting, I loved creating my own tales. Before completing my first novel, I battled doubt about whether I’d be able to write a book and thought it a goal well out of reach. I wrote short story after short story, and soon my stories grew longer and more complex. Short stories became novellas. Novellas soon needed chapters for characters to grow and worlds to be created. In time, a full-length novel became a published book. And in the near future, a published book will blossom into a series.

FQ: Tell us a little about your book – a brief synopsis and what makes your book unique.

MICHAELS: The Size of the Moon asks the question: if elves existed in our world today, what would they truly be like? My vision of what they’d be like and the world in which they exist in turns the myth sideways, and the intersections and clashes between the culture of elves and the world of humans is what Marcus Besnik must navigate as he attempts to find a cure for a devastating virus while also battling for the life of his son and the woman he loves. 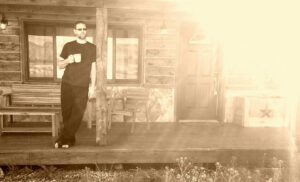 FQ: Please give our readers a little insight into your writing process. Do you set aside a certain time each day to write, only write when the desire to write surfaces, or ...?

MICHAELS: Although some authors find it beneficial to schedule their writing times, I write best when the idea to write is strongest in my mind. Often, ‘writing’ involves working the story out in my head while sitting and staring at a blank screen, walking, or thinking in bed before I go to sleep. Even if no words are being typed, I’ll still be ‘writing.’ For me, a schedule wouldn’t work. When the chapter is ready to be put to paper, I’ll start typing regardless of the time, even if that means I get up from bed at night and write for a few hours – or many hours. I’ll continue to type the next day as soon as I am awake (and have the time) and continue until the next break in the story when I’ll write by staring, walking, or lying in bed thinking about it.

FQ: The genre of your book is fantasy. Why this genre?

MICHAELS: As a child, I read the Dragon King trilogy by Stephen R. Lawhead. Since then I’ve loved the fantasy genre, though I’ve written books and stories in other genres: futuristic science fiction, contemporary action, contemporary literary. The Size of the Moon is a melding of modern action adventures with mythical characters in a way that could almost be real (at least that’s my intention). In many ways it’s easier to write in the science fiction or epic fantasy genre since the worlds created are purely from an author’s imagination.

FQ: As an author/writer, what famous author (living or dead), would you like to have dinner with, and why?

MICHAELS: I’d love to have dinner with Edgar Rice Burroughs and ask him why none of his books seem to have happy endings. It’s a storytelling tool I’ve grown fond of and sometimes employ the use of in my tales...a terrible habit to have. You’ll be happy to know that The Size of the Moon doesn’t use...well it’s a happy ending, though perhaps since it’s the first part of a trilogy, it’s ending is...hmmm...needing another few books to feel complete.

FQ: If you were to teach a class on the art of writing, what is the one item you would be sure to share with your students and how would you inspire them to get started?

MICHAELS: If I were to teach a class on the art of writing, I’d tell my students to learn to accept time. It takes time to craft a story from start to finish and there are many time-taking steps: pre-writing, draft creation, editing, rewriting - sometimes scrapping whole chapters and parts and writing others, more editing, more rewriting, until finally completing a final draft that you’ll read and see more things you’ll want to change. Once you can accept time, all these steps will take care of themselves. One step will flow into the next. It’s best to just start creating, whether it’s a short story, poem or novel. My students would spend a lot of time writing, editing and writing.

FQ: Is this the first book, the second, etc. in the series and how many books do you anticipate writing in this series?

MICHAELS: The Size of the Moon is the first book in a three-part series. Due to the nature of the characters’ long lifespans and extensive and ancient histories involved, after the initial series is finished, I plan on writing other books telling the past stories of the other characters.

FQ: Tell us a bit about the series. Do you know where the series will take the characters or are you working that out as you go along with each book? What has been the reader response to your series?

MICHAELS: The series follows the relationship between Marcus Besnik (a human) and Autumn (half human/half elf) and their battle against dark forces manipulating viruses and genes in an effort to gain more power. The second installment sees Marcus undergoing a physical and emotional transformation that will test his beliefs and convictions and either strengthen or weaken his love for Autumn. At the same time, the two factions of elves are heading toward civil war, a war Marcus doesn’t want to be involved with since he needs to find something Autumn needs.

The reader response has been excellent and positive, and I’m being asked for the sequel.

FQ: Tell us about the protagonist in your story.

MICHAELS: Marcus Besnik is a former Marine who was injured and discharged before serving his full term. His wife died at the hands of the strigoi, leaving him to raise their only son Michael. Marcus hasn’t recovered from the loss of his wife but finds himself in a relationship with Autumn, who’s lived over a thousand years but has only married once. He’s conflicted about his feelings since he still loves his late wife who is dead but may not be destroyed yet (spoiler alert)...

FQ: What was the most difficult scene to write and why?

MICHAELS: I don’t like when characters die, especially the good guys. Stories often take on a life of their own, and characters make choices only they would make. One of the characters I created and fell in love with dies. It wasn’t planned, meaning, I didn’t create the character knowing death would come calling. Perhaps just as difficult to write was the scene where Marcus finally takes the action needed to resolve his tie to his past sorrow by destroying what he was keeping needlessly alive. 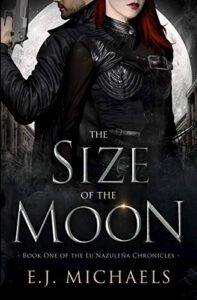