FQ: This was a fun read. The setting of Wyoming was particularly enjoyable for me having lived in Colorado for many years. What made you leave Wyoming and settle in Pennsylvania?

HENDRICKSON: My wife and I were doing full-time work for the ministry and were offered an assignment to oversee some home bible fellowships and conduct biblical research classes in the Lancaster, PA area. We accepted it and the assignment lasted for two years. We stayed in the area because I had a lot of experience with detailing cars for dealerships and the biggest Manheim Auto Auction is right there. We opened a business in the town of Manheim and have lived here since 1996.

FQ: The premise of setting the story in the early 70’s and developing the conflict between the bikers and law enforcement was interesting. There was an element of changing times with drug trafficking during that period. Were you living in Wyoming during this time and if so, did this provide inspiration for your story?

HENDRICKSON: Yes, a lot of the story is based on what was going on at the time in the northwestern United States. I can remember the biker gang terror getting so bad that the Mayor of Sheridan County would declare a very strict curfew for anyone under 18 years of age. We really looked at those police officers and sheriff deputies as heroes back then. They were basically the only ones that weren’t scared of the biker gangs. The details about Story Wyoming and how some gangs operated up there are true as well. Because it was right in the mountains, the bikers could hide out and the sheriff deputies and highway patrol people had a difficult time chasing them down.

FQ: In your bio, you shared you work in auto detailing. What is the most memorable car (or truck) you’ve worked on and what was the project?

HENDRICKSON: Believe it or not, it was a 1975 Toyota Camry. The reason it was so memorable to me is that when we got it in the detail shop, I owned in 1993 in Nashville, Tennessee; the car had almost 400,000 miles on it and it was in great condition. The owner of the dealership was so impressed by the detail that we did to it that he made up a big event around the car. He set it up on a rack for display outside and had a 20% off sale on new cars. They sold raffle tickets for the car. At the end of the day they drew a number, and someone won the car. The owner told me it was the most successful sale he’d ever had and gave us a lot of the credit for its success.

FQ: You also mention you do ministry work. Given the story line of the bikers and their drug business, is this something you work with in real life? Do you work with youths? How do you counsel a person or group of people and redirect them from a wrong path they may be on?

HENDRICKSON: My work in the ministry is more directed at biblical education. I have in the past helped people get out of drug and criminal lifestyles though. People are searching for many things in life, but I have found that it all comes back to filling a void that they have been unsuccessful in. I endeavor to show them that God and a knowledge of the holy scriptures can fill the void. When someone directly replaces an addiction to alcohol, drugs, crime, etc, with God and his Word I have seen them make remarkable changes. The individual must make and keep the decision to pursue that endeavor and my job is to help them.

FQ: Of the books you’ve written, which body of work resonates with you most and why?

HENDRICKSON: The third book in my original series titled, The Last Enemy, it is really the conclusion to the whole story. It has the most meaning to me because I endeavored to show though these fantastic men and women could do and accomplish a lot, in the end they needed God’s help to do it. The character Roberto Garcia the father in Law to Jacob Edwards, The Hero of Cozumel, is the one who brings a spiritual conclusion to the dilemma of the story, and that foremost is the overall message I am endeavoring to communicate in the series.

FQ: You did a fantastic job of developing Deputy Jim’s character. I enjoyed the mannerisms you played out with him being a ‘stand up’ guy, but you also showcased his temper and how it was often something that warranted and required ‘kid gloves’ when addressing. In your ministering, has there ever been a situation where you’ve encountered someone like Deputy Jim with an out of control temper? How did you work through the situation to arrive at a positive outcome?

HENDRICKSON: In my ministering not so much, but I have also been involved in boxing and the martial arts for most of my life. The concept of a “Berserker” is a common theme in action adventure literature, especially when you have it in a sword and sorcerer setting. I have seen it in fighting competition. There are those that in the heat of competition will lose themselves over to winning with no sense of self preservation. Usually they get disqualified from competing because they go too far. The best remedy is to keep them out of situations that will trigger this behavior. That’s where I got the idea for Jim, and his son Jacob.

FQ: This story flowed quite nicely. Was there a time when you were at a loss where to take the story next? How did you overcome the block and continue forward with the writing?

HENDRICKSON: I have not to his point had any real “writer's block”, and I am currently writing my 7th book. When I do find that I am at an impasse I just take a break and go get entertained by some music. I usually have a theme song that I listen to for each story that I write. For The Legend of Deputy Jim, the song I listened to a lot was “The Boys are Back in Town” by Thin Lizzy, which came out in 1976. So, it worked for the story.

FQ: You tag your story with ‘legends usually start with violence.’ Do you think this is often the case?

HENDRICKSON: Actually, that line was made up by one of my editors that helped me make the cover of the book. But yes, legends out west usually start or end with some type of violent struggle where good triumphs over evil.

FQ: When a new story starts to percolate, what jump-starts your writing process?

HENDRICKSON: “The only thing to it is to do it.” That’s my line. I just must get started. My first draft of a book is my fun part. I don’t worry about anything, I just enjoy telling the story. Sure, there is research and stuff, but it really is the fun part. After that all the work sets in. So, for me, the beginning is not intimidating at all because it is where I get the most pleasure out of writing the book.

FQ: When you work with an editor, has there ever been a time when you emphatically disagreed with his/her suggestion when it comes to cutting scenes? Dialogue? How do you get beyond the disagreement?

HENDRICKSON: Opinions vary, and the editor is not the writer. In my way of thinking, the editor for my books is like the quality control person in my detail shop. Both make the final project perfect but not different. I am not interested in using a “ghost writer” (those who write on my behalf and let me put my name to their work) and believe me there are a lot out there. Editors are there to clean and tidy up, make things look and flow their best. With story lines and scenes staying or going, lines and dialogue I always listen to my editor and if what they are saying flows with my heart on the story, I will more than likely make the change, but if it does not I go with my original thought.

FQ: It was a treat to read The Legend of Deputy Jim. Are you working on your next book and if so, could you share some nuggets with us?

HENDRICKSON: I shared this on social media a few months ago. My next book coming out will be called The Commander. It will give the back story of Commander Jacob Edwards before he became The Hero of Cozumel and the one after that will be called Brandy, Ballad of a Pirate Princess. Here is an excerpt of the latter:

Caribbean Ocean Between Jamaica and Southern Tip of Florida 1829

“Hold your guard up and widen your stance. You not on solid ground, the sea is a tricky old bitch and she will test you.” The Scarlet Mistress then presses her attack to cause her 15-year-old daughter to step back barely able to meet her mother’s lighting fast barrage of slashes and jabs done with a savage pair of rapier and dagger. The Mistress never allows Brandy to practice with over one blade at a time, sneering that if she can’t protect herself with one blade, then she has no right to live. The English Man of War cutter rolls slightly back making the mother to lean forward to adjust her balance which causes her to press to hard with her right-handed thrust of her rapier. Brandy sees the opening and brings her rapier up and in a slight arc that catches the attacking blade in a downward curve which she violently twists and causes her mother to lose control of the weapon, Brandy then grabs it from her with her left hand. Before her mother can respond with a counter using her dagger Brandy takes both rapiers and brings them down on the dagger with a vicious stroke that sends it flying across the deck and bouncing up and over the rail into the ocean. Using her right foot, she sweeps her mother’s front knee causing the women to fall back and land on her bottom. She then crosses both blades and steps in close, putting the two razor-sharp edges against her mother’s throat and says, “Yield.” 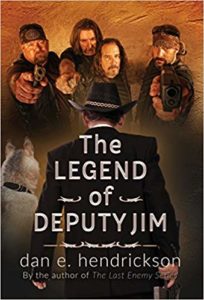