Robb Grindstaff is a southern contemporary writer, an award-winning novelist and short-story author who pens stories you can’t put down filled with three-dimensional characters you’ll never forget. He is also a fiction editor, and writing instructor.

Robb spent a career as a journalist, newspaper editor, publisher, and media executive. The newspaper biz has taken him from Phoenix, Arizona, to small towns in North Carolina, Texas, and Wisconsin, from seven years in Washington, DC, to five years in Asia. Born and raised a small-town kid, he’s as comfortable in Tokyo or Tuna, Texas.

The variety of places he’s lived serve as settings for the characters who invade his head.

He has three novels out with Evolved Publishing: Slade (2022), Hannah’s Voice (2012), and Carry Me Away (2013). His fourth, Turning Trixie, is scheduled for release in December 2022. His novels are best classified as contemporary southern lit. In 2022, Evolved Publishing also released June Bug Gothic: Tales from the South, a collection of eighteen of Robb's short stories, including the award-winning horror "Desert Rain."

Robb is also a sought-after fiction editor, with editing clients from around the world, including agented, traditionally published, and best-selling independent authors. He has taught writing courses for the Romance Writers of America (even though he’s not a romance writer), Romance Writers of Australia (even though he’s not Australian), and Savvy Authors. He is slated to be an instructor in June 2023 at the Novel-in-Progress Bookcamp, held each year in Wisconsin.
Robb currently resides in the beautiful Lake of the Ozarks region of Missouri, where he writes, edits, and coaches writers full-time. 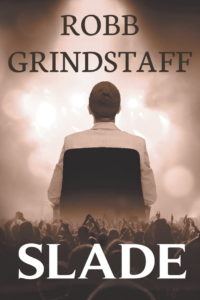 Feathered Quill Book Reviews
“... so well-written that it unfolds for the reader perfectly... a unique style that brings a refreshing feel to the story... thought-provoking.”
Readers' Favorite
“A fabulous read, compellingly interesting and heart-wrenching... high-quality, real-life drama... very impressive.”

Review for Carry Me Away

Marked by Books
“Best book of the year.”

Orsayor Simmons
“Will stay with you long after reading this book... highly recommend.”