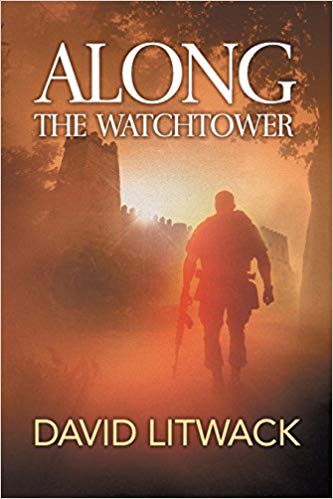 Memory, fantasy and trauma are mixed in the mind of a critically injured soldier in this dark but redemptive tale.

When Lieutenant Freddie Williams wakes up on a stretcher, he knows he is leaving Iraq, taking his fears and regrets and going to a place that no longer feels like home. As he gradually, almost reluctantly, regains consciousness, he realizes that four men under his command were killed in the incident that has left him mentally shattered and permanently crippled. He will not lose his leg, but he has lost his heart in the war. So by night he retreats to a land he knows well – the world engendered by his long fascination with computer games. There he is a newly made prince, given thirty days to interpret the signs he reads along his castle’s watchtower and save his kingdom from extinction. By day he is a maimed man who has betrayed the soldiers who trusted him. His only living family member is also lost, possibly also dead.

The images that connect the two worlds are powerful, as Freddie Williams struggles to come to terms with relearning how to walk, assisted by a sweet, concerned young therapist named Becky; and the Dauphin Frederick who battles legendary demons, comforted by lovely young gardener Rebecca. As Freddie gradually accepts and re-engages with his real life, including the possibility that he may be able to locate his missing relative, he becomes stronger in the parallel world, too, able to face and overcome seemingly impossible challenges. In both realms, he has to learn the same lesson: the greatest barrier he must face is within himself.

Litwack is a practiced fantasy writer (The Daughters of the Sea and Sky, The Seekers series) and a skilled craftsman. His interweaving of the perceptions of two heroes - a soldier emerging from the trauma of battle and a new ruler charged with rescuing his people while still mourning the loss of his father – is highly effective. There are many poignant symbols: the silver stars awarded to brave soldiers in both worlds, and, for each “Frederick,” the flowers secretly delivered by a lady who would gladly offer more if he would only trust her. The reader will quickly begin to anticipate these pairings of events: with every foray into the game fantasy world at night, there are corresponding daytime struggles and gains. Too, one suspects that Litwack has done careful research into the experience of a soldier battling to rehabilitate a torn body and a tormented mind. Depictions of military medical facilities and treatments give his story extra credence, while his unreal world is internally consistent and alluring.

Quill says: Litwack’s construction of side-by-side dream and waking worlds works, allowing the reader to identify with the conflicted nature of a wounded warrior, quick to blame himself and slow to accept help and healing.

For more information on Along the Watchtower, please visit the author's website at: www.davidlitwack.com