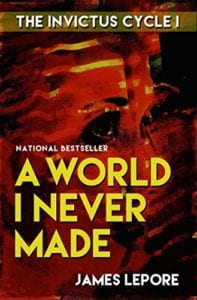 Patrick Nolan, a widow from Connecticut, is called to Paris to claim the body of his estranged daughter, Megan, who committed suicide. Upon viewing her body, Nolan immediately discovers that it is not his daughter. He realizes that Megan, wherever she may be, is in danger and needs her father’s help.

Nolan begins his world wide journey to find his daughter – a journey that will ultimately take him to far away lands from France all the way to the Czech Republic. On his journey he pairs up with the beautiful Catherine Laurence, a detective from France who has also lost her husband. Together they withstand a treacherous search for Megan, that results in a remarkable bond.

Megan Nolan's story unfolds with the author's riveting storytelling ability. Readers will be surprised to discover Megan's true identity as a journalist in Morocco who is notorious for playing games with her rich lovers. This time, however, it seems she has come up against a Saudi businessman, Abdel Lahani, who wields much power and control. Megan learns this information the hard way and unlike her previous escapades, cannot simply slip out of this affair. This time she has not only placed herself in grave danger, but possibly countless others as well.

Author James LePore has created a remarkable, gripping tale of suspense in his debut novel. Readers are expertly taken along with Nolan on a thrilling ride from the very beginning when we learn of the faked suicide to the harrowing search through numerous countries. A World I Never Made is filled with strong, vividly described international characters to whom the reader will quickly form an attachment, all the while being transported through wonderfully described exotic lands. The combination creates an atmosphere of breathless suspense affording readers a desire to continue reading up until the thrilling, yet tender, conclusion.

Quill says: First time author James LePore has created a suspenseful work that should not be missed.