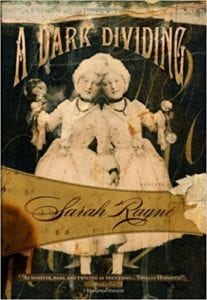 Harry Fitzglen is a journalist for a magazine in London and is asked to write a story about a local art gallery. The place is called Thorne's and run by Angelica Thorne, who is a socialite and gives lavish entertainments for the rich and famous. Harry is a little apprehensive about this assignment as he is used to doing hard news and not puff pieces. It seems that Harry's boss, Clifford Markovitch, is more interested in Angelica's partner, Simone Marriot formerly called Simone Anderson. It happens that more than twenty years ago there was some sort of scandal in the Anderson family and Markovitch wants to delve into the past and find out just what went wrong. Harry is not thrilled with this but, does go to the gallery and meets the partners.

Harry talks with Simone, who is a photographer and looks at her pictures that are displayed. The photos are really peculiar and certainly compelling. Simone is obviously a girl with an interesting past and, as the reader will eventually find out, her past is really insane. There are questions about her sister, who disappeared many years ago and what their connection is to two sisters born at least 80 years before Simone and her sister Sonia were born. All questions direct the reader to a dark and brooding mansion on the border of England and Wales called Mortmain House. Harry studies the history of this mansion and finds many mysteries to solve. Each one more complicated than the last.

The sub-plot, a story within the main story concerns a set of twins born to a couple in England. The twins were conjoined ("Siamese Twins") and the mother was told that they had died shortly after birth. As Harry gets closer to Simone he discovers that she was also a conjoined twin but, shortly after the surgery to separate the twins, her sister Sonia passed away.

This is an edge-of-your-chair book. And as you are chilled to the bone with some of the things that go on, you will not be able to stop as you want to find out what happened to these people. The stories within are so heart-rending that readers will want to see more of Ms. Rayne's work. Very fascinating characters. Some you'll love and some you'll hate with a passion.

Quill says: A Dark Dividing is a terrific read. Extremely creepy in some passages but, very understandable. This is the author's debut in the United States and hopefully we will be able to read more of Sarah Rayne on this side of the pond.