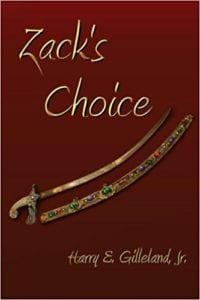 An easy relaxing motorcycle ride across the country on his Harley was all Zack wanted to enjoy before going to Harvard Law School. After this little break he would check off his list, become a lawyer, work in his mother’s prestigious law firm, marry his long time girlfriend, make his parents proud and live happily ever after. However, a hitchhiker on a highway in New Mexico changes all of that in a second. Usually Zack would not think twice about picking up a hitchhiker but this sixteen-year-old boy, who claims his name is Bobby, pulls at his heartstrings and Zack offers to give him a ride, a free meal, and a place to sleep for the night. The next morning Zack discovers his wallet and money are gone, stolen by the boy he tried to help out. Completely frustrated with the situation he is now in, Zack calls his mother and asks her to wire him some money so he can at least finish his trip to Portland. Deciding to forget about the young thief, Zack makes a stop in Las Vegas to try his hand at gambling and enjoy what’s left of his break.

However, fate has other plans as Bobby shows up once again in Zack’s life. At first Zack is all for beating down this young thief and taking all his belongings back. In a dramatic twist though, Bobby willingly gives back all of Zack’s things and then tells him of a secret mission from God that he has been sent to accomplish. In addition, Bobby informs Zack that God told him in a dream that Zack was sent to assist him in this task. The mission involves stealing The Sword of Damascus that Bobby claims must be buried in hollow ground so the Devil’s evil minions cannot use it to create a portal between earth and Hell. Zack is weary but eventually agrees to help in this plan after seeing two extremely strange signs that he thinks could have only come from God.

Before the plan is able to be carried out however this so called ‘Bobby’ turns out to be a girl not a boy! Now Zack is really having second thoughts about everything he just agreed to do with this person, for if she was lying about her gender what else could she be lying about? Her excuse was that her parents were killed by evil minions of the devil that broke into their house and they have been hunting her. To stay hidden she had to completely change her appearance because obviously they would have been looking for a young girl, not a teenage boy. With this explanation Zack is on board once again with the plan to steal the sword and save mankind. He believes he is now on a mission for God and even if that mission involves stealing a valuable artifact it will be worth it, or will it?

Zack’s Choice is filled with twists that I did not see coming. Just when I thought that I had the story line figured out the author would change the plot in some way and send the story in a completely different direction. When I first started reading, it seemed that the life altering choice would be made by Zack at the beginning of the book and send him on a spectacular mission. In fact the life altering choice comes much later in the book and is actually not a choice about a mission but a choice of what kind of life to live. Honestly I was a little disappointed that the story was not centered on an exciting mission that keeps the reader holding on waiting to see if the characters will be able to make it through or not. However, I did end up enjoying the conclusion of this book as the author added a small bit of adventure in the last few chapters.

Quill says: This book will keep you guessing at all the twists and turns right up until the very end.