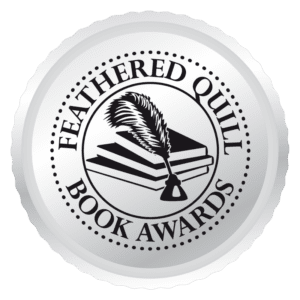 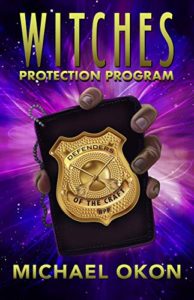 It’s about time that the world was made aware of all those good witches out there (in this book, referred to as the “Davinas”), and how desperately they need protection from their bad brethren (named the “Willa”). And here, they are offered help from none other than a law enforcement agency. This is the plot of Witches Protection Program, a story that I truly enjoyed more than many I’ve read this year.

Our law officer “star” in Witches Protection Program is someone you want to root for right off the bat. His name is Wes Rockefeller and although he fell into the “disgraced” category because he failed to bring an elderly woman to jail, when it comes to his career, he does have a bit of a light at the end of the tunnel. Even though he has lost his father’s respect for his error, he is given another chance (most likely the last one he will ever receive) when he’s assigned to a different branch of the law: a secret government organization. But this is no agency that you’ve heard of before in other books. No, this happens to be an agency that has been in business for 200+ years and places Wes in the role of working in “The Witches Protection Program.” Even better than the name and premise of the organization is his very first assignment.

The Davina introduced into the story is Morgan Pendragon. She’s not exactly thrilled about her role, but she accepts that she’s a Davina regardless. Morgan, however, has come across a family problem that upsets her. Bernadette, her aunt, has created a new cosmetic – a face cream that she wants Pendragon Cosmetics to sell. Morgan wants to stop this particular item from ever hitting store shelves; she doesn’t quite know what’s wrong with the stuff, but her aunt is acting extremely odd and secretive about the whole thing. She gets so angry about her niece’s meddling, in fact, that she demands Morgan give up her voting rights in the corporation. Morgan doesn’t sign anything, but what she does do is cast a spell in order to escape and leaves the company, racing to her best friend Gabby’s apartment.

Oddly enough, Wes’s assignment is to uncover this diabolical cosmetic company plan, and when he shows up at the address he is given, he is basically...shocked. A man who has his feet firmly on the ground is now suddenly thrust into a world of magic, trolls, witches—things Wes most definitely does not believe in.

Wes not only has to uncover this plan and somehow stop a world takeover that witches are planning on, but he also finds himself trying to protect Morgan from the evil aunt. In addition, Morgan now has people who wish to take her out before she can stop the “witches world domination” through dark, evil magic. Add to this the fact that Wes has also been given a partner – Alastair Verne – who has actually been a witch protector for many decades, and you have a story that is one part thriller, one part suspense, one part adventure, and so many other parts that include fun, cool, and incredibly memorable.

For those who have not read Okon’s Monsterland books, you are in for a true treat. And when you’re done reading this one, head back to get those as well. Books set in NYC are always fun, but this one truly brings the City to life as witches come out from the darkness to wreak havoc on the fastest-moving, most colorful streets in America.

Quill says: Okon, just like his characters, places you under his spell and leads you on a journey you’ll absolutely love!