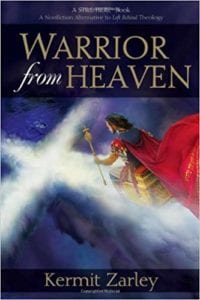 Eschatological day, the “end of the age or end of the world as we know it,” according to Kermit Zarley’s estimation should come in the far future. When Archangel Gabriel appeared to Daniel he gave him a prophecy that some would come to fear while others rejoiced. This prophecy basically states that “God had predetermined seventy weeks of years–490 years–upon the Israelites to finish their transgression against him.” In this very meticulous work, Zarley attempts to simplify a massive amount of information, place it in some semblance of order so the ordinary lay person can understand which prophecies have occurred, which await fulfillment and what to expect during the end of days.

The reader is introduced to Gog, who quickly and thoroughly squelched all threats to his empire and hatched an evil scheme to wipe out the Jews. “Come, and let us wipe them out as a nation, that name of Israel be remembered no more.” Jews everywhere are extremely fearful and attempt to escape his clutches. They know they are to gather at the temple when there is any sort of crisis, but most don’t remember or care to remember and flee to all corners of the earth and become diaspora all over again. Yahweh allows twenty-four angels to pass judgment on this anti-Christ and others who have attempted to destroy the nation of Israel, but is this enough? The world has become fearful and the “cosmos has become chaos, and order has turned into disorder.” When the Messiah returns to Earth at the end of days, he will come as a warrior and fight a furious Earthly battle. Will his people be prepared?

When I first started to read this book, it took me a while to get used to the style. What is called “journalistic” is actually the present tense and the work is written as if it had already occurred very recently or was happening at that moment. Biblical references, from many different translations, are listed on the side for reference. The fact that Zarley compiled this material singlehandedly was astounding and commendable. I would not call this a difficult read, by any means, but you do need to be very attentive to the material as it is an extremely thoughtful read. I feel that this book would be best served as a group study read as opposed to an individual one in order to get the best perspective. I did find myself getting “lost” several times and could have used a bit of assistance. After reading this book I have a new found appreciation for those who believe in and study the end-days prophecies.

Quill Says: If you are interested in Christian eschatology you may find this to be a very useful tool in your studies!