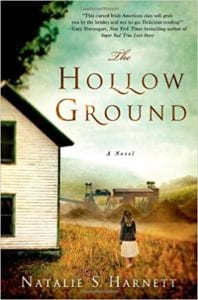 In the 1960s, the coal mines of Centrereach, Pennsylvania began to burn. The underground fires turned the once solid footing beneath the community’s feet into a wasteland of hollow ground. Brigid, named after Saint Brigid, was barely twelve when she experienced her first of many losses in her young life. One moment, her Auntie was standing at the edge of the pit near their Centrereach home and the next she was gone forever. Her parents, Delores and Adrian, gathered Brigid and her younger brother ‘Brother’ along with their Spartan possessions and left Centrereach. They were going to Barrenville; a place Ma vowed never to go again.

Barrenville, Pennsylvania was Adrian’s childhood home. It was a (somewhat) safer area where the underground fires had yet to make their mark. In the 60’s most of western Pennsylvania was noted for its coal mining commerce. It was the only livelihood the majority of the hill population knew. Sadly, returning to Barrenville was more than a place of refuge for Ma, Daddy, Brigid and Brother. It was a new beginning, but not the kind filled with hopes and dreams. Rather, what lay in wait was an unfinished life filled with digging up skeletons and allowing them to rise to the surface—a life meant to force them all to face challenges only the strongest could possibly overcome.

Natalie Harnett has intentional presence with her narrative style. When I began to read The Hollow Ground, I immediately recognized a style I hadn’t read since I had read some of the long-standing classics. Hemmingway came to mind, in particular. Similar to him, Harnett has a haunting quality toward the way she places words upon the page. What grabbed me consistently throughout this body of work was the depth of feeling and inherent sorrow each character assumed as the story evolved. Harnett latches on to her main character, Brigid, from the onset and fully develops a young girl with more soul than a ninety-year-old war veteran. She remains true to the concept of writing a story through the eyes of a twelve-year-old child, but embodies deep-seeded situations of dire poverty and hopelessness. We see what it is like to start life with nothing, travel through that same life—still with nothing, yet there is a persistent quality the main character voices through little more than sublime and coveted hope that life is good even with its layer upon layer of hardship.

I could hear Harnett’s voice often. One scene that comes to mind is when Ma and Brigid are talking. Brigid’s Ma is more than hardened from the life she has lived; yet she imparts her hope for a different life for Brigid when she tells her she has a heart big enough for everyone to live within. This is a pinnacle moment in the story and even though there was less than a handful of words to deliver such a powerful message, Harnett was able to resurrect that sense of hope this reader wanted to latch onto throughout the story. A minor criticism, however, would be to suggest Ms. Harnett consider paring the story down. For me personally, when power words open the scene and instantly hook the reader, it’s time to move to the delivery which alleviates a sense of belaboring the moment with too many words. Overall, Ms. Harnett has written a compelling novel and I look forward to her next body of work.

Quill says: The Hollow Ground is a heartfelt story of survival and embodies a sense of hope as its guiding light.