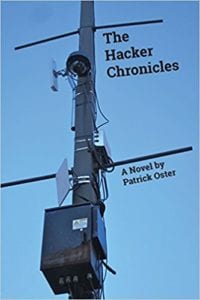 Aloysius Wachter, whom everyone calls Vic, isn’t your typical rich kid. Although he does receive an allowance from his mother and lives in a loft paid for by her, he does have a job, which she forced him to take. With the threat of taking away his allowance, his mother found him a job working with his cousin Danny as a watchman at the Organization for Emergency Management and Communication (OEMC). Here he works as a watchman viewing numerous security cameras across Chicago. With this job, he also gets to utilize his skills as a hacker.

Shortly after he starts his new job, Vic's first assignment comes in. The security cameras have picked up a man lying on the ground - a man who is presumed dead. Vic must find out when and how the man got there and discover if anyone was with him. While Vic is looking for any bystanders, he finds a woman who was with the man before he collapsed. Vic brings this information to Danny who brings it to their supervisor. Vic is then tasked with trying to find this young woman. He uses his hacking skills to find out who this woman is and because she reminds him of his ex-girlfriend Portia, whom he hasn’t gotten over, he immediately becomes attached to her and wants to do everything possible to help. Again using his hacking skills, he is ultimately able to clear her name. Through his sleuthing, he finds that he has a real knack for detective work.

After his first assignment, Vic decides that he likes this kind of detective work. By watching the cameras, he has two other robbery cases come in that he helps solve. He later decides that he wants to do this kind of work - unofficially. While looking and waiting for his first client, he speaks with his mother who lets him know that her bank account has been hacked and she is completely broke. Vic knows that this is the first case he has to take on.

After hacking for some information, he realizes that he needs some help finishing the job. He decides to bring in Vassily, one of his hacker friends. Vassily, who used to be deep into Russian hacking, also has his girlfriend Michelle, who used to do some hacking for the Chinese, get involved as well. As Vic, Vassily and Michelle dig deeper, some of Vassily’s old hacker acquaintances seem to be involved. This gives Vassily a new sense of revenge. Soon Vic, Vassily and Michelle must put it all on the line in order to get the money back and take down some enemies.

The Hacker Chronicles is an interesting read. It provides details about hacking and how it can be used for good instead of always for bad. Although it does get into the details of hacking and what is involved, it isn’t too difficult for someone without any hacking knowledge to understand. There is some detective work in it as well. It will walk you through, using the scenario with Vic’s mother, what happens once something is hacked and all the details that go into covering it up. Also it shows you just how susceptible one may be when it comes to personal information and how it is stored. This book was fun to read, but is was also a bit frightening to see how easy it is to hack into someone's computer or phone. It will definitely teach you to be more aware of your surroundings.

Quill says: If you know about hacking or want to learn about it, in a book that adds in some detective work to keep the story moving along, this is the one for you.

For more information on The Hacker Chronicles, please visit the author's website at: www.patrickoster.com