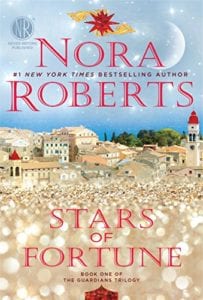 Sasha Riggs had finally found a place of quiet in the South Carolina woods where she could paint and not be disturbed. However, recently she has been plagued by dreams that take her to another world entirely, a world where there is battle, struggle, and evil that she must face but in these dreams she does not have to face them alone. There are five other individuals she sees clearly fighting with her, beside her as one unit. After having dreams about these five, she sketches and paints each one vividly, always seeing the exact same people in each of her dreams. Finally, after weeks of countless dreams Sasha cannot ignore them anymore and after painting a village located in the Greek island of Corfu, Sasha hops on a plane and travels there.

With no idea what she is supposed to find or be looking for, Sasha decides to spend her first night out on the patio of her hotel thinking about what her next move should be. That's when Sasha sees her - one of the women from her dreams, a spitting image sitting right in front of her. Gathering all the courage she has, Sasha steps over to this woman, introduces herself and learns that this woman’s name is Riley. Then without thinking about it she lays out all of her paintings on the table and explains her dreams hoping that Riley won’t think that she is completely crazy. Surprisingly, Riley takes all of this in quite calmly and tells Sasha that she is in Corfu looking for the Fire Star. Sasha soon comes to realize that the Fire Star is the quest all of them are seeking to take. In the next couple of days every person that Sasha has dreamed about comes into her path and they slowly begin to realize that all of this was fate as they were meant to find each other, in this exact spot, at this exact time, to face an unthinkable evil that also desires the Fire Star.

Within the first few pages of this novel I was absolutely hooked as Nora Roberts has created another amazing start to what I see as being an incredible series. When a story brings several different characters together while they seem to be blazing their own individual paths, I'm hooked. I truly enjoy reading about the journey that each character takes to be part of that group and Roberts does an incredible job of this. Within minutes I realized that this would be a book I would not be able to put down and that the next few nights were most likely going to be late ones for the simple fact that I would be up reading. I cannot wait for the next book to come out in The Guardians Trilogy as I will be one of the first to come scoop it up when it does.

Quill says: An incredible page turning novel that had me wanting to jump into the second book instantly after finishing the first!