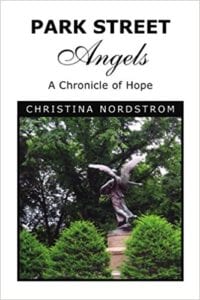 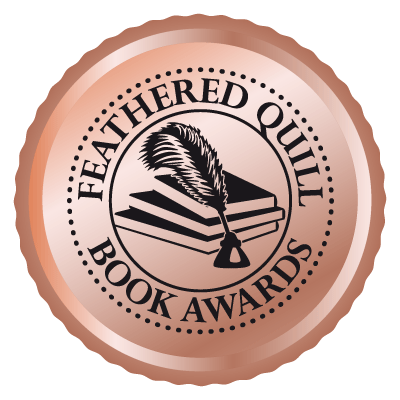 “Do not neglect to show hospitality to strangers, for, by doing that, some have entertained angels without knowing it.”

It is Spring 2006. Christina (Chris) Nordstrom notices a homeless man on her way to a new job. Having experienced “half an inkling” of poverty over the course of several months of unemployment, Chris should feel a bit of commonality with him and find it easy to engage in small talk, but she doesn’t. Although his first sign, “SMILE: It’s the Law!” lights up her face, it’s not until she notices the sign next to him, “Homeless by Fire,” that she feels “invested.” She decides that it’s time to get to know the person who she earmarks to be her neighbor.

Visits later, Chris learns that the gentleman’s name is Bob Wright and that he was a copper and slate roofer. His livelihood was consumed by fire. That, together with a significant deficit of social skills – the result of years of abuse and neglect as a child living in and out of the foster care system – and (admittedly) making some bad choices in his life, leaves him to fend for himself for the next twelve years. It is in his thirteenth year that he and Chris meet. At this point in his life, Bob battles with diabetes.

Chris is determined to help Bob one way or another. Fortunately, she is not alone; a small contingent supply his various needs—clothing, food, gift cards, cell phones, and the list goes on. Amid the help, Bob is in need of housing since his landlord has notified the tenants that the building will be demolished. The small contingent work together to find a new dwelling that is safe and secure.

Ironically, Bob doesn’t feel either safe or secure in his new environs. Having lived a life riddled with abuse and bounced around from one foster home to another, Bob has difficulty feeling “at home.” It doesn’t help that his health continues to deteriorate. A recent checkup indicates that his kidneys are shot; the doctor recommends dialysis. A short time later, Chris learns that Bob—at the age of fifty-nine—died in his sleep. While a sobering close to this homeless man’s short existence, Chris has no idea that more of this man’s life will unfold in the years to come.

Nordstrom divides her memoir into two parts. Part one provides a brief history about her unemployment prior to a job that leads her to Bob. Tagging that period as a “patchwork time,” Chris vows that she will never forget the experience, “or about all the people who are still piecing their lives together.” She then delves into the meat of her story, set primarily but not exclusively near her new job and where she meets Bob: the historic Park Street section of Boston.

The bulk of Nordstrom’s narrative is designed as journal entries that chronicle her interactions with Bob. At the same time, Nordstrom weaves in an interesting parallel to homelessness by giving her audience a flavor of what she experienced on the train while en route to the Park Street sector. A daily routine of life on the trains makes for fascinating psychological research. Laced with greed and selfishness, the theatrics Nordstrom describes on one hand are hilarious. On the other hand and in light of the homelessness that surrounds the Park Street stop, the detailed depictions should send a wake-up call to every reader as to the importance and value of life.

That said, everything Nordstrom witnesses—both on the trains and with Bob—she internalizes. These times are times of deep introspection, which comes out in the form of song lyrics and poetry she creates. Obviously, her narrative isn’t all about Bob; it is also the deep effect Bob has on her life.

Part two focuses on the last year or so of Bob’s life, his funeral, memorial, legacy, and a section, including a website, dedicated to the crisis of elder homelessness. She closes with these moving words:

“For the unenlightened who passed him by each work day on the corner of Park and Tremont Streets in Boston, he was invisible; he was just another guy looking for a handout, living among society’s forgotten. But, to those lives he touched with his kindness and hard-earned wisdom, he left an unforgettable legacy, not the least of which included his admonition: ‘SMILE: It’s the Law!”

Quill says: Park Street Angels: A Chronicle of Hope is a must-read for those who desire to address elder homelessness, and are looking for a place to start.

For more information on Park Street Angels: A Chronicle of Hope, please visit the book's website at: www.theparkstreetangels.com