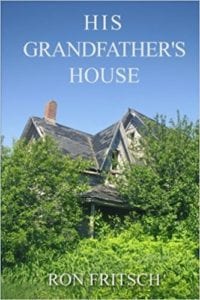 One of the few consistent parent figures in Kurt Reinhart’s life was his grandfather Henry Reinhart. Kurt’s actual parents were Johnny Reinhart and Lorelei Juergen, who married quickly at eighteen years old in a shotgun wedding at the Justice of the Peace. Five months later Kurt was born and then his father Johnny quickly enlisted and went to fight in World War II. During those times Lorelei became more and more distant from her son, and when Johnny returned from the war she quickly ran off with a gentleman friend from California. The trauma from the war and then the betrayal of his wife was too much for Johnny to handle, and he took his own life just after his son, Kurt, had turned four.

Now, with both parents gone, Henry takes it upon himself to raise his grandson and teach him all about running the farm. Kurt is eager to learn and takes pride in doing everything his grandfather teaches him, and he even decides against doing sports to make sure he is there to help his grandfather on the farm. However, there have always been accusations surrounding Henry Reinhart that suggest he only acquired the land he has by committing murder. The rumors all started when Henry’s brother Conrad was found drowned in a creek when they were children. Henry was the only one who saw what happened, and even though there was no hard evidence against him, the entire town instantly assumed that Henry killed his brother in order to obtain their father’s farm.

These accusations never made any sense to Kurt, because the man he saw and had come to love was not a murderer. Sure, he was a tough businessman who worked toward his goals, but Kurt never believed he would have actually killed someone, especially his own brother. As Kurt grew up he wanted to know the truth about his grandfather, so he would inquire with other members of the family and friends of his grandfather, trying to get to the bottom of these accusations. For, the man who had raised Kurt from childhood couldn’t be a cold-blooded killer, could he?

The plot of this book is quite intriguing as it is filled with secrets, small town gossip, and also a little action. The new developments that emerged as Kurt began to learn more and more about his grandfather’s past was exciting, but I did find this book a little hard to follow at times. It is not written in the first person from Kurt or Henry's point of view, but rather it's told by several of the characters. All the different "voices" and points of view often made the story confusing. There are numerous times where the author writes about something that happened in the past, and at those times I found that I had to stop and figure out what was happening in the story. Still, the plot was absorbing and I found myself eager to discover the truth about Henry Reinhart.

Quill says: While the writing style holds the characters back a bit, His Grandfather's House has an interesting plot that will keep you wondering what really did happen all those years ago.

To learn more about His Grandfather's House, please visit the book's website at: www.hisgrandfathershouse.com