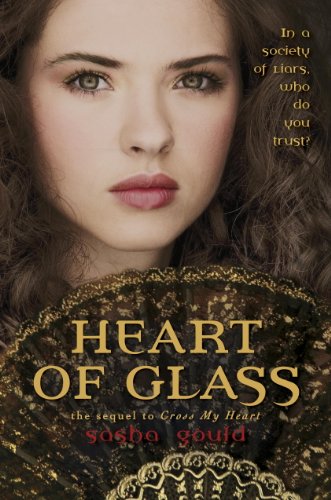 For everyone who read the incredible story, Cross My Heart, this is the sequel that, if possible, is even better than the first.

Here we begin with Roberto - the Doge’s son - honing his battle skills with the love of his life, Laura della Scala. Laura is the young lady who solved the murder of her sister three months ago by joining up with the secret society of ‘masked’ females who call themselves the Segreta. These are women who help one and all, by trading their massive skills and huge network of resources for secrets.

One day, when Laura heads out to choose her wedding dress, she runs across a young woman whose face is adorned with the proof that she’s being beaten by her husband. Laura tells her to come to a very specific spot where the Segreta will meet that night, in order to see justice done. However, when the woman arrives, the secret she trades is one of war - a secret that the Segreta will use in a very interesting way.

Soon the night comes where Laura goes out on her first special mission, sent by the head of the Segreta. Unfortunately, the mission is a bust, but what’s worse is when Laura returns to the city and finds a murdered woman in Roberto’s home.

Dealing with the pain of watching her beloved go through agony over a crime he did not commit, Laura must also deal with her father - who is still far more interested in money than he is in his children. Although Laura enjoys the company of her brother, the wife he has chosen is not up to snuff in her father’s eyes, and he constantly complains about her.

However, when Roberto is accused of murder, her father does receive a glint in his eye, when Prince Halim and the Turks arrive in Venice on a strictly diplomatic trip. The city goes into an uproar over the visit, but the Prince is extremely interested in Laura, and wants to vie to win her hand from the Doge’s son who has literally been pushed off his glamorous throne. When it is revealed that the dead woman was actually Prince Halim’s sister, the Prince tells all of Venice that the Ottoman Empire will strike if Roberto is not put to death immediately.

The adventure begins as Laura and her masked Segreta women try their best to unearth the secrets and lies that have been put in place, racing against the clock in order to save both Roberto and their beautiful city.

As was said in the beginning, it is always a thrill when ‘Book II’ is even better than the first. This author has done a magnificent job continuing the tale of Roberto and Laura, and readers will not be able to put this down!

Quill says: A magnificent tale of mystery, intrigue and danger; the author receives a definite ‘A+’!