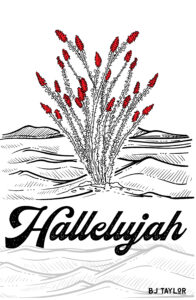 I’m going to be honest. I know nothing about our U.S./Mexico border. Which is ridiculous for me to say, since I dwell in New Mexico. But, except for what I read in the newspapers – and we all know how they love to “spin” that stuff for the public – I have no background or even understanding when it comes to the U.S. Border Patrol, the emotions felt by our own political powerhouses toward immigrants, etc. These are also not subjects I rush out to read about. However, along comes this particular debut author who has—in a novelette, no less—been able to pen a mystery that is filled with action, suspense, thrills, chills, and amazing characters that also touches upon these ‘political, social and cultural’ issues. In other words, this was not only a great read, but it also offered me a new education without having to go through any drawn-out explanations.

The mystery commences immediately when two U.S. Border Patrol Agents are done with their shift and are returning to headquarters. Now, without warning, the SUV they’re driving goes out of control, lurches off the road, and crashes. The road is quiet…there’s no one on it…so what could have happened that made this accident come to pass? The brutal conclusion to this crash is one agent being killed and the other stumbling from the vehicle, landing on the road, and falling into a comatose state. Without this man to reveal the facts, no one can possibly know what or who was responsible for all this, and whether or not it was actually an accident or some kind of attack.

In comes a group of characters that I will never forget. In fact, after only one of these books, these four people have made my list of “favorites” already. Being a mystery reader, I am used to the familiar cop, private detective, and lawyers with huge egos. In fact, at least one of those has appeared in every mystery since the days of Agatha Christie. In this tale, I was able to “meet” U.S. Federal Marshals, with a tough, no-nonsense boss leading them by the name of Gabriella “Gabe” Zamora.

When Gabe is assigned this case to investigate, readers are presented with a trio who answer to Gabe that offer up humor, intelligence, and have formed a friendship between them that will not be shaken by anyone who gets in their way. They have a loyalty to each other that outweighs even the highest man in office, and they are not afraid of diving into corrupt law agencies and organizations that may be involved in the crash of this SUV.

U.S. Federal Marshal Alex Ranslow is a delightful member of this team. Openly gay, he is a great character for the LGBTQ community to cheer! A truly beautiful man, Alex can make anyone melt and obtain facts simply because he’s kind and compassionate. This Native American is also blessed with another remarkable ability that helped him become shaman of his tribe. By using calming techniques and opening himself up to belief and faith, Alex can meet and greet souls from the other side that show him everything from a piece of evidence not seen by other investigators, to revealing a “visual” in Alex’s dreams that show him every detail of a crime while it was being committed. A great friend to his boss, Gabe counts on Alex to always watch her back.

Sam DeSilva is another marshal working for Gabe who is the IT extraordinaire. He can use all forms of electronics to find a criminal without breaking a sweat. Last, but not least, is Cyn Beauvoir. Ex-CIA, she has had to tussle with and stop hardcore criminals during her time which has made her excel in the use of weaponry. Whether it’s stalking and taking down a group of drug dealers using hand-to-hand combat, or it’s one person who deserves a quick death, Cyn does it all.

When the group find themselves embroiled in this mystery on the Texas border, the marshals have to face-off with sinister minds, while also finding a “clue” that completely changes the path they were on in order to bring justice to the deceased. And, I promise, you will never be able to solve the puzzle until the very end. It’s extremely nice to know that there is a Book Two in the works.

Quill says: Hallelujah is a unique, exciting mystery series that hits on all cylinders. “5-Stars!”